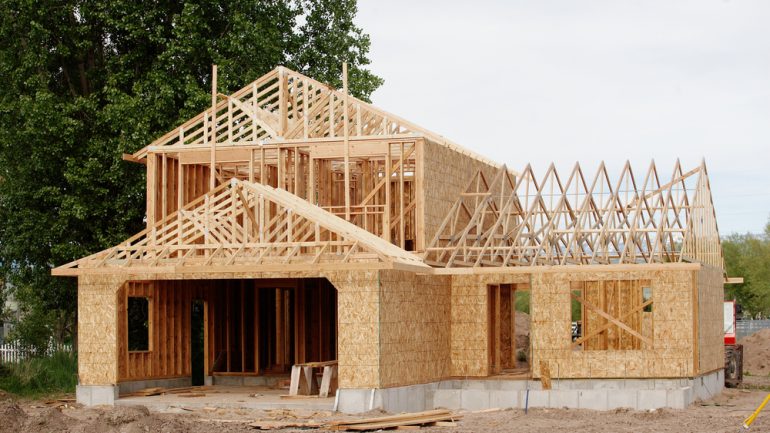 John C. “Jack” Dawley got an unwelcome surprise recently when he opened an email from the company that supplies the white cedar shingles for the homes in an active-adult development he’s building in New England.

The shingles are imported from Canada, and as of March 14 are subject to an immediate 20.8% duty that the U.S. imposed as part of its ongoing softwood lumber trade dispute.

That translated into an additional cost of $1,400 per unit for the 12 homes planned for the next phase of construction – and half had already been sold.

“For most people, including me, the topic of tariffs and their impact is abstract,” said Dawley, president and CEO of Northland Residential Corp., a builder-developer focused on high-end single-family and condo communities in eastern Massachusetts. “It was instantly clarified with this message.”

Coniferous shingle and shake products had not previously been subject to tariffs because there is so little production in the United States and thus not competing with similar American products. Further, there had been no accusations of improper conduct levied against Canadian shake and shingle manufacturers, his supplier explained.

“What Americans and our administration need to understand is that, at a minimum, a third of the U.S. supply of dimensional framing lumber and 100% of red and white cedar shingles come from Canada,” Dawley said. “The simple fact is that U.S. simply does not produce what it consumes, and its economy relies on the rational importation of certain goods. In the case of home building, taxing such goods via a tariff simply drives up the cost of production,” he said.

The prices on softwood lumber imports skyrocketed after the 2017 hurricane season and were up 30% from the four months leading to January 2018. By April 6, the Random Lengths Framing Lumber Composite price hit $492, up from $414 a year earlier.

A study by NAHB economists shows that the increase in the cost of lumber since the beginning of 2017 has been enough to drive up the price of an average new single-family home by $6,388, and the market value of an average new multifamily housing unit by $2,430.

The study also shows that while they were designed to boost employment in the U.S., the tariffs on Canadian softwood lumber will instead result in the net loss of 9,370 jobs in 2018.

While there is an expected increase of 1,193 jobs in U.S. sawmills, there is an expected loss of 10,563 jobs in all other industries because there are millions more jobs that depend on lumber than there are jobs in domestic lumber production. In other words, nearly nine jobs will be lost in other U.S. industries for every job gained in domestic sawmills as a result of these tariffs.

NAHB CEO Jerry Howard met with Commerce Secretary Wilbur Ross last month and urged him to work with his Canadian counterparts to reach a long-term solution to the trade dispute that is equitable to both sides.

And when NAHB members meet with their federal representatives and senators as part of the Bringing Housing Home initiative April 30-May 5, lumber will be an important talking point: Members will ask Congress to urge the administration to return to the table and negotiate a new agreement – and also consider ways to increase the domestic supply of timber from public lands.

“Operating a business with this level of production price uncertainty takes almost constant vigilance,” Dawley said. “My fear is that it will take years to unravel this misplaced and inappropriate tariff, and only after real harm has been done to housing affordability and our economy.”

So what does this mean to us here in Hampton Roads.  Already we have seen price adjustments from a few of our new homes builders and we have heard from others that they are coming.  Some builders have chosen to make small increases over time while other prefer to make the full adjustment at once.  If you are considering buying new then more then likely you will be paying more.  However there is one caveat, inventory!  Inventory homes are new constructed homes that were build before the lumber increases and are remaining at their original prices.  Buying an inventory home means that you can get that same home for less money! and it’s already built, which saves you time!  Get all the benefits of new and save time and money? Who wouldn’t want that.  Check out our Move-In Ready Homes here and contact us with questions or to set an appointment.